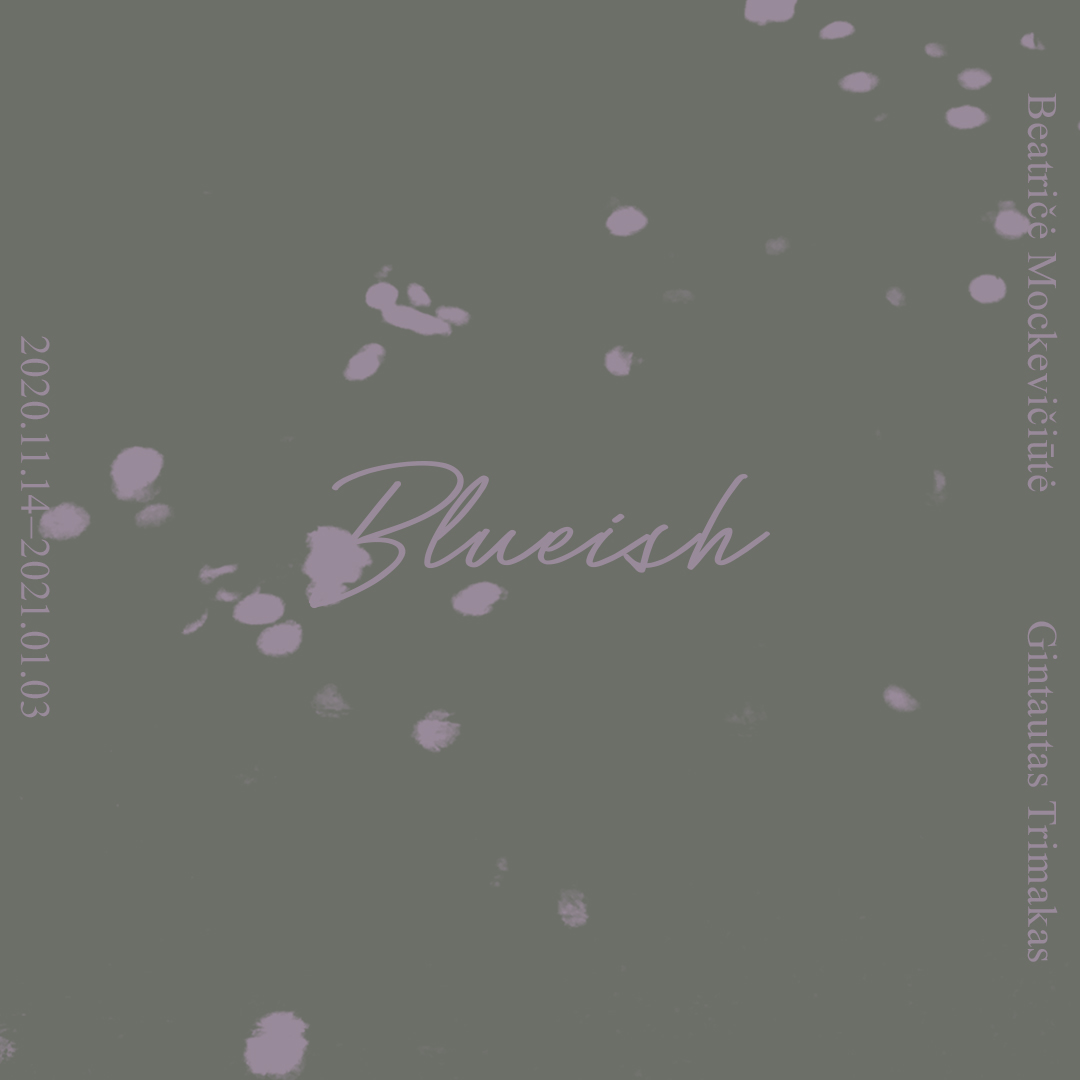 Blueish is an exhibition combining the works of two authors, Beatričė Mockevičiūtė and Gintautas Trimakas. The idea for the exhibition came up at the beginning of the summer of 2019, while observing the slow-moving vault of the sky reflected on the steel surface of Mockevičiūtė’s work Asukas exhibited in the CAC yard. This somewhat overly free and slightly haphazard association with Trimakas’s photographs from the cycle City. A Different Angle became an impetus to think about the relationship between the works of these creators. The frivolous observation eventually revealed a creative conversation between two unique artists that had been going on for a while; two artists who, although coming from different generations and characterized by their own distinctive artistic style, share a cognate creative “hearing”; cognate, but not identical – linking the authors’ work by syncopation rather than a unified rhythm.

In their creative practices, both artists develop observational instruments and methods for capturing a special way of catching light, colour, and form, which gives these properties a kind of autonomy from the object to which they would otherwise belong. At the same time, this catch is in turn freed from the restless human gaze, able to see things only by defining them and giving them names. Trimakas’s photographs do not touch or interpret the objects being photographed, but rather testify to their silent existence, and the reflections of sunlight captured in Mockevičiūtė’s steel and glass works in turn do not become representations – instead, the author highlights their transitivity by making them performatively recur. While the results of these practices – ephemeral, abstract images – may seem inaccessible to the naked eye and as if sunken in their own inwardness, they also establish a certain moment of “here and now”, thus zooming in and revealing those aspects of the world that are usually blurred out and silenced by everyday life. For Trimakas, the photographic technique is a way to bring to the surface what in experience cannot be reduced to technology, while Mockevičiūtė looks at accidental reflections born in the relationship between light and architecture and gives them subjective properties, as if suggesting them to open their eyes themselves. By speaking to objects from different angles this way, the works of the two authors talk about what is inhuman, what is involved in everyday life only as the other side of the image or its negative, thus acquiring characteristics associated with nature.

This way, the exhibited works indirectly intertwine with motifs of the vault of the sky and its negative, balancing among them by capturing light or its momentary reflections and absorbing them on photo paper. While Mockevičiūtė’s installation covering the windows of the exhibition space refracts daylight, responding to the artist’s glass works displayed on the gallery floor, a new series of Trimakas’s works on the western poplar-coated wall accompanies the journey of the evening sun. The exhibition also features Trimakas’s interior photographs and Mockevičiūtė’s watercolours never before exhibited publicly, and over time will be supplemented with new works created in the exhibition space itself.

The exhibition is financed by the Lithuanian Council for Culture. 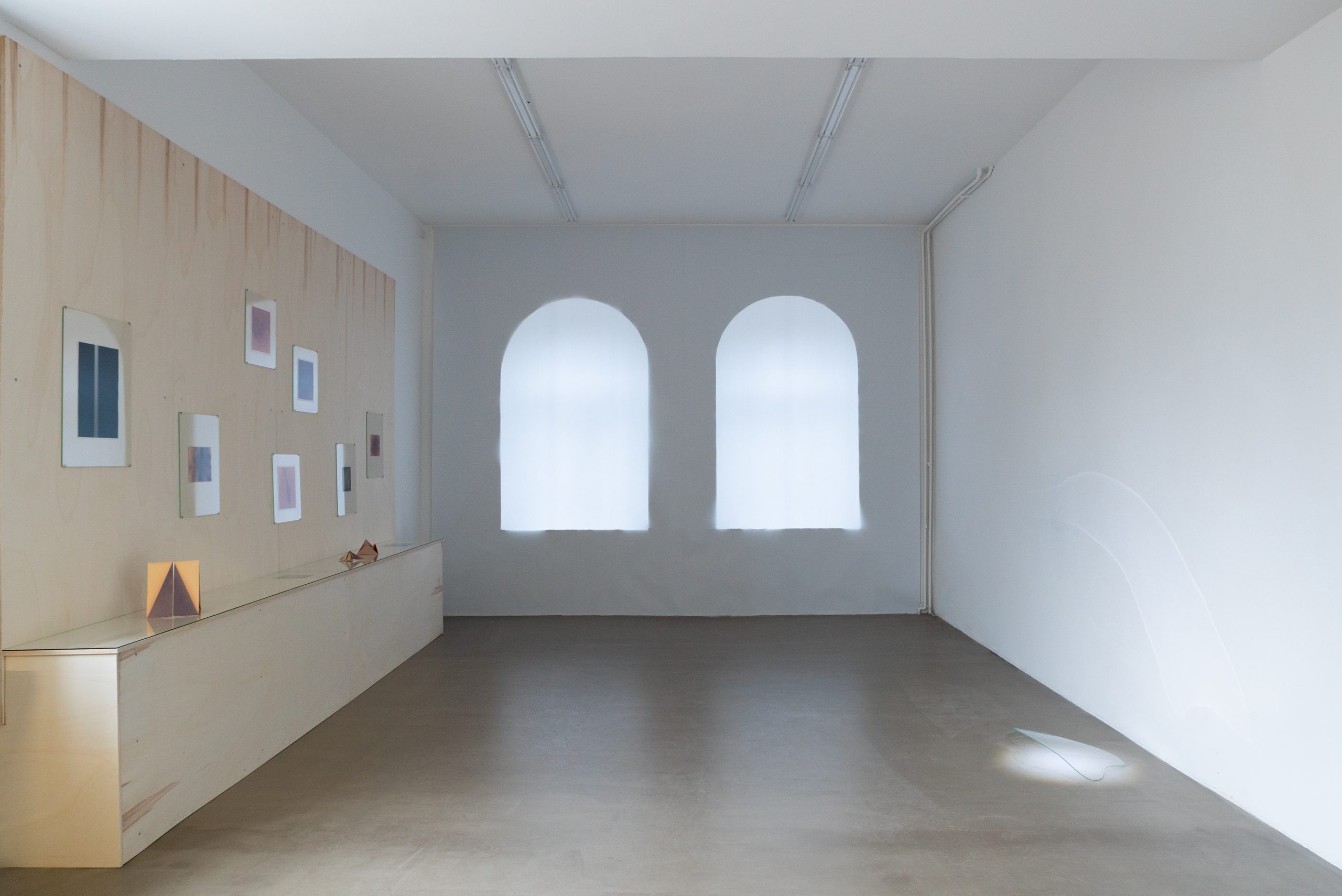 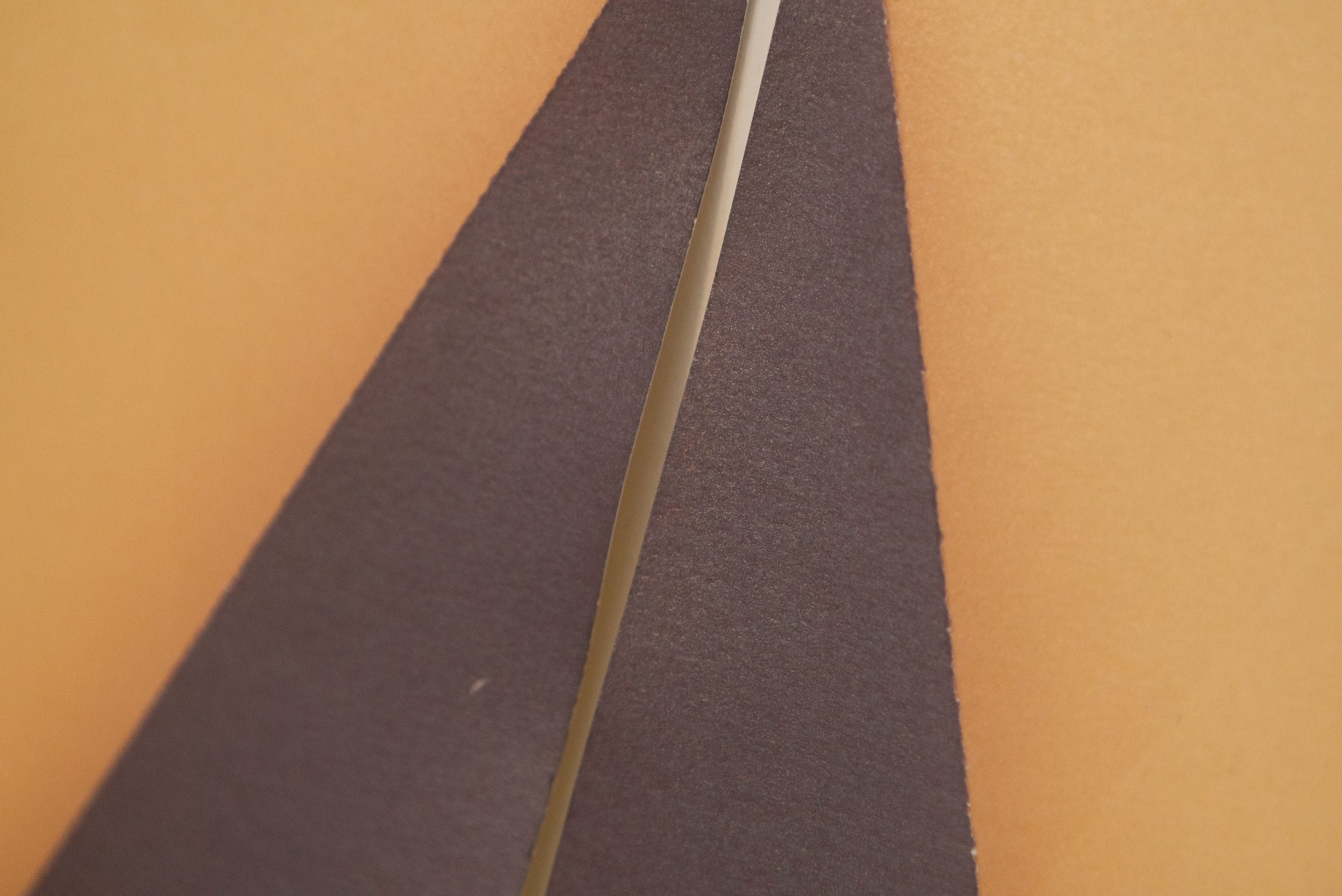 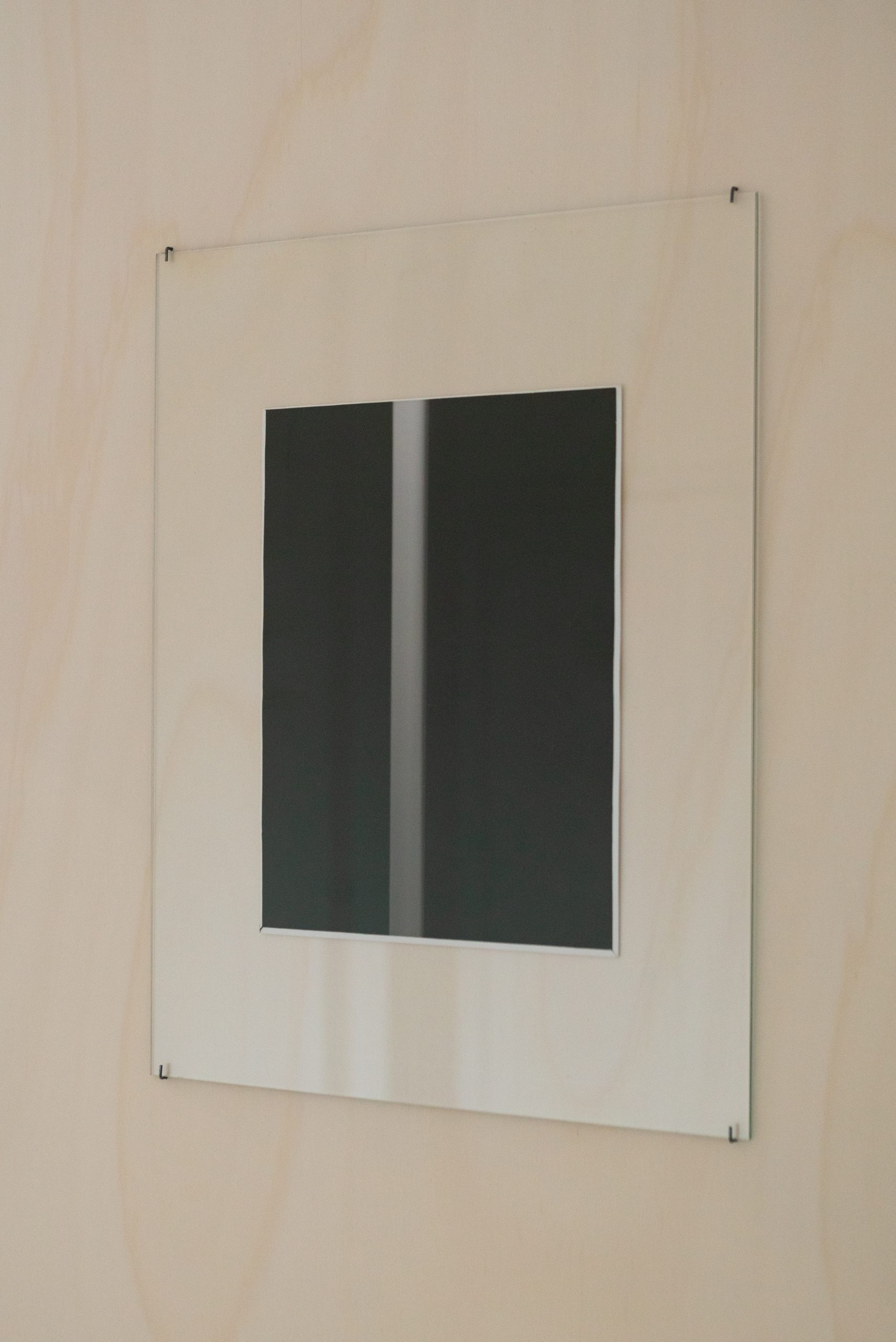 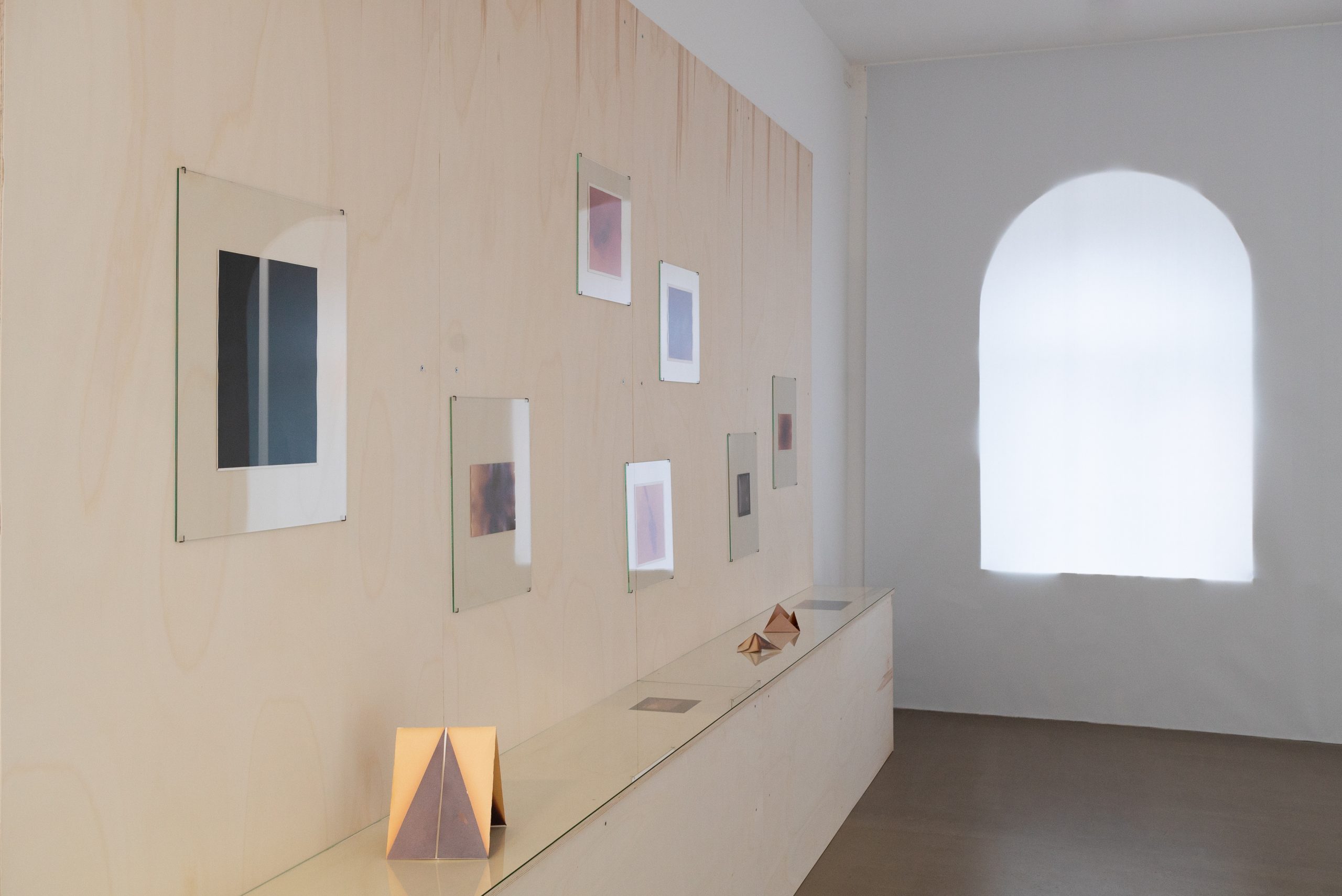 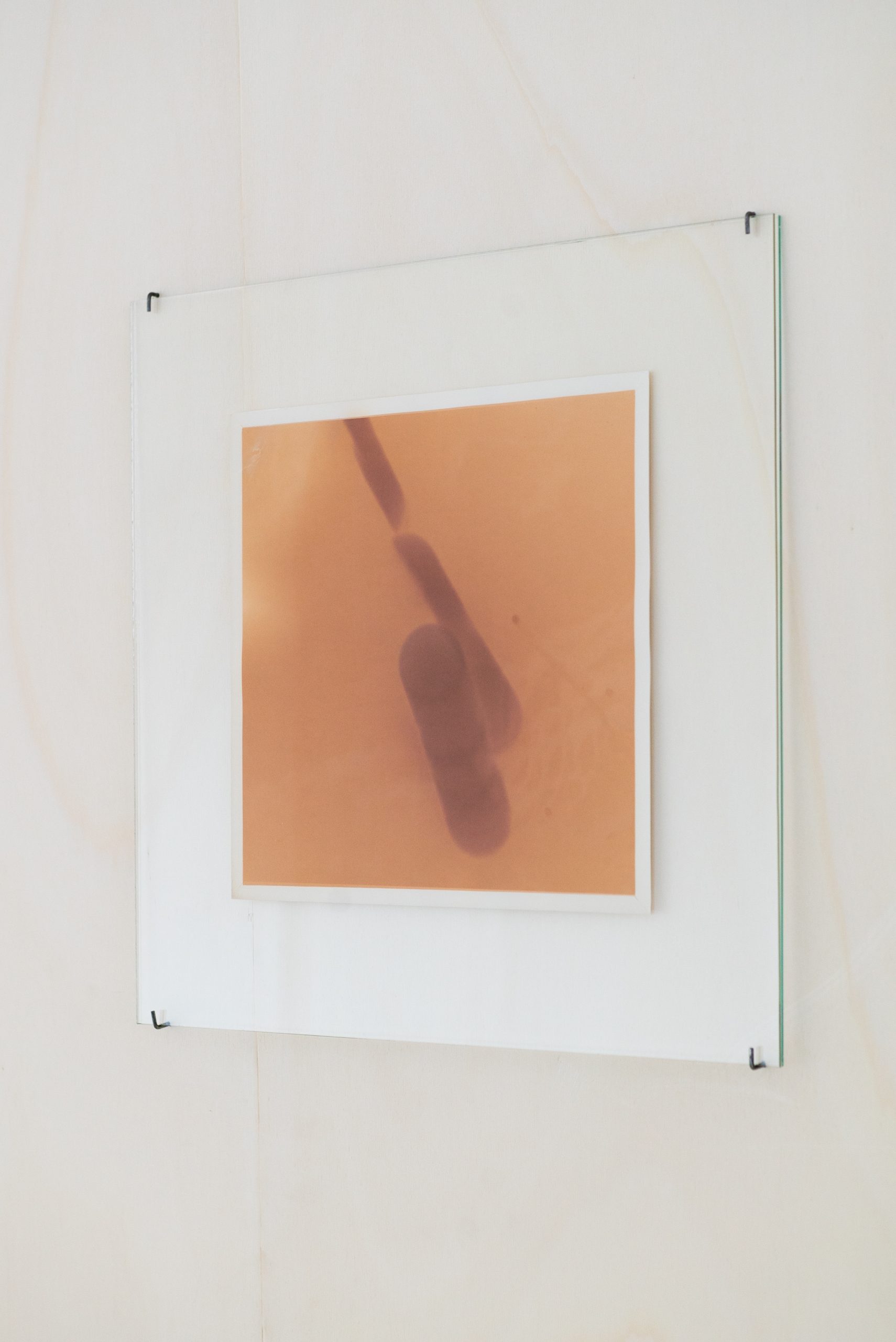 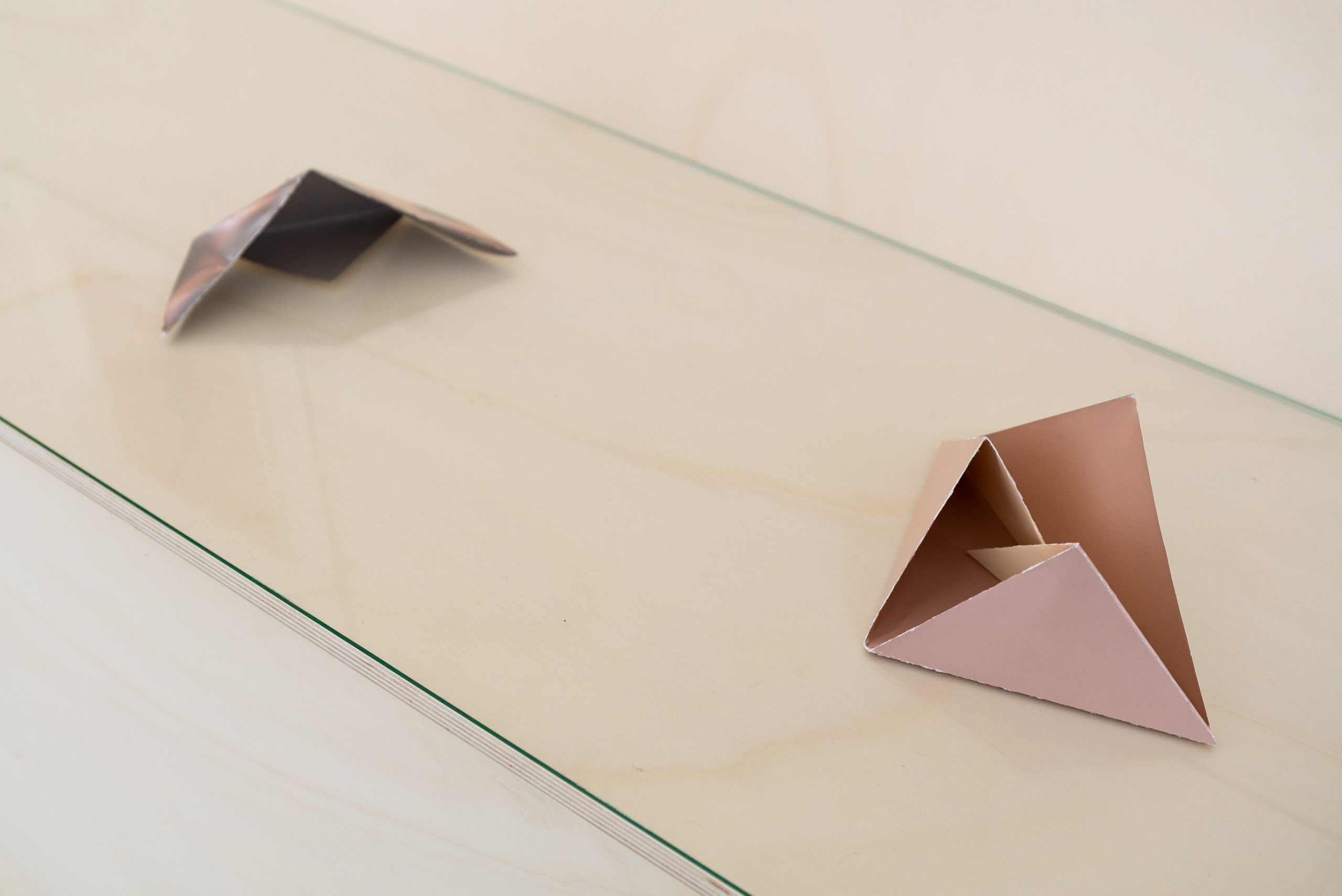 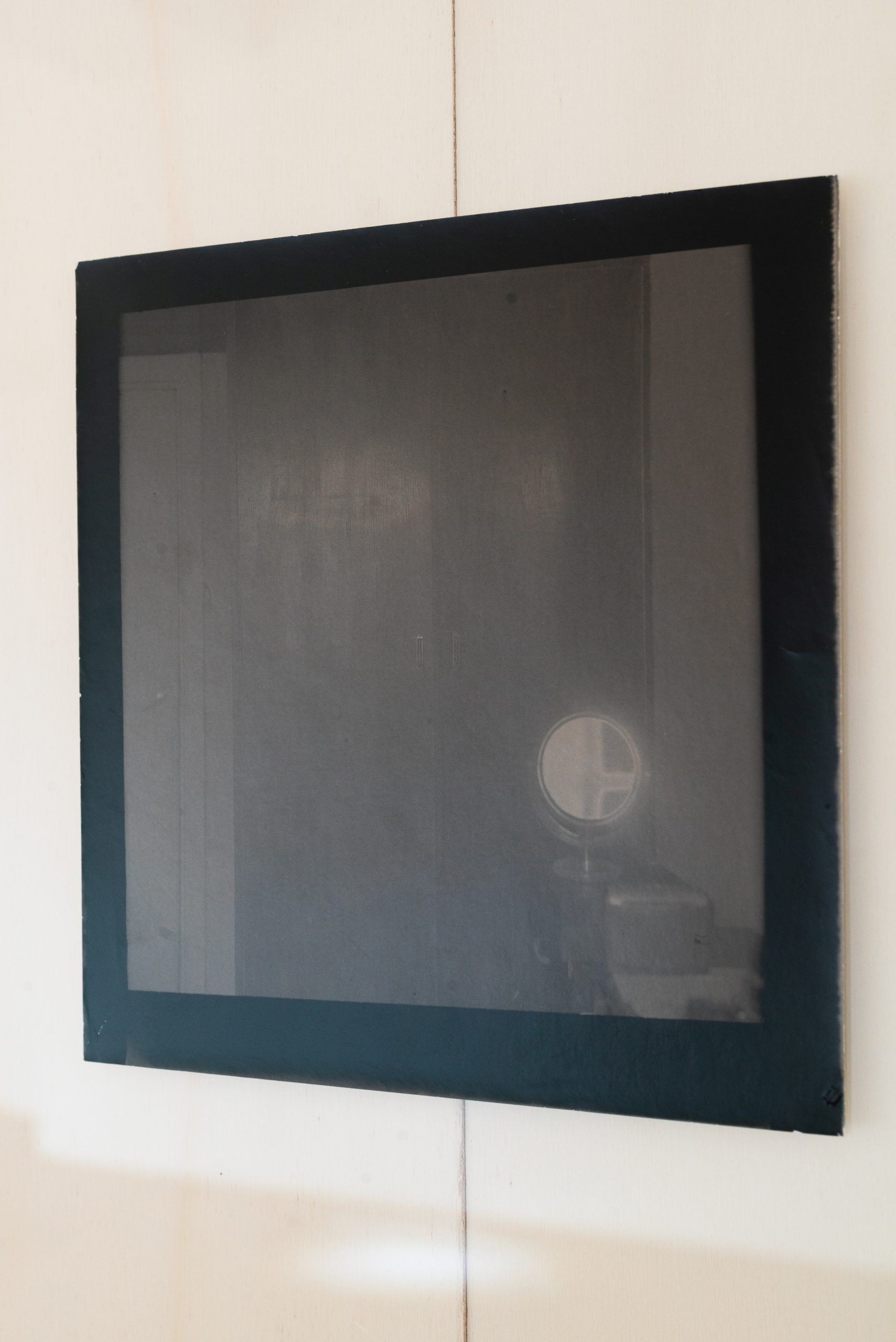 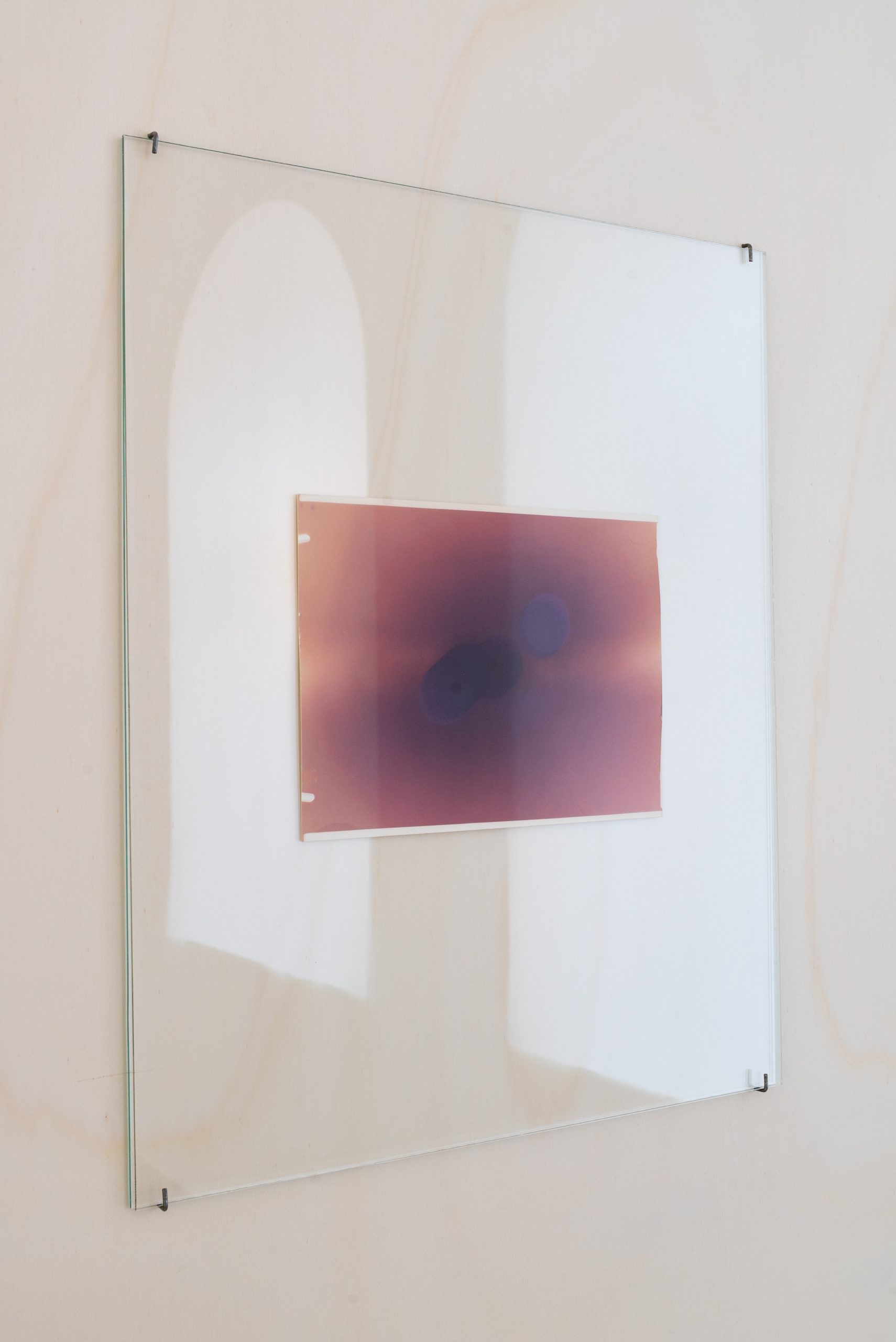 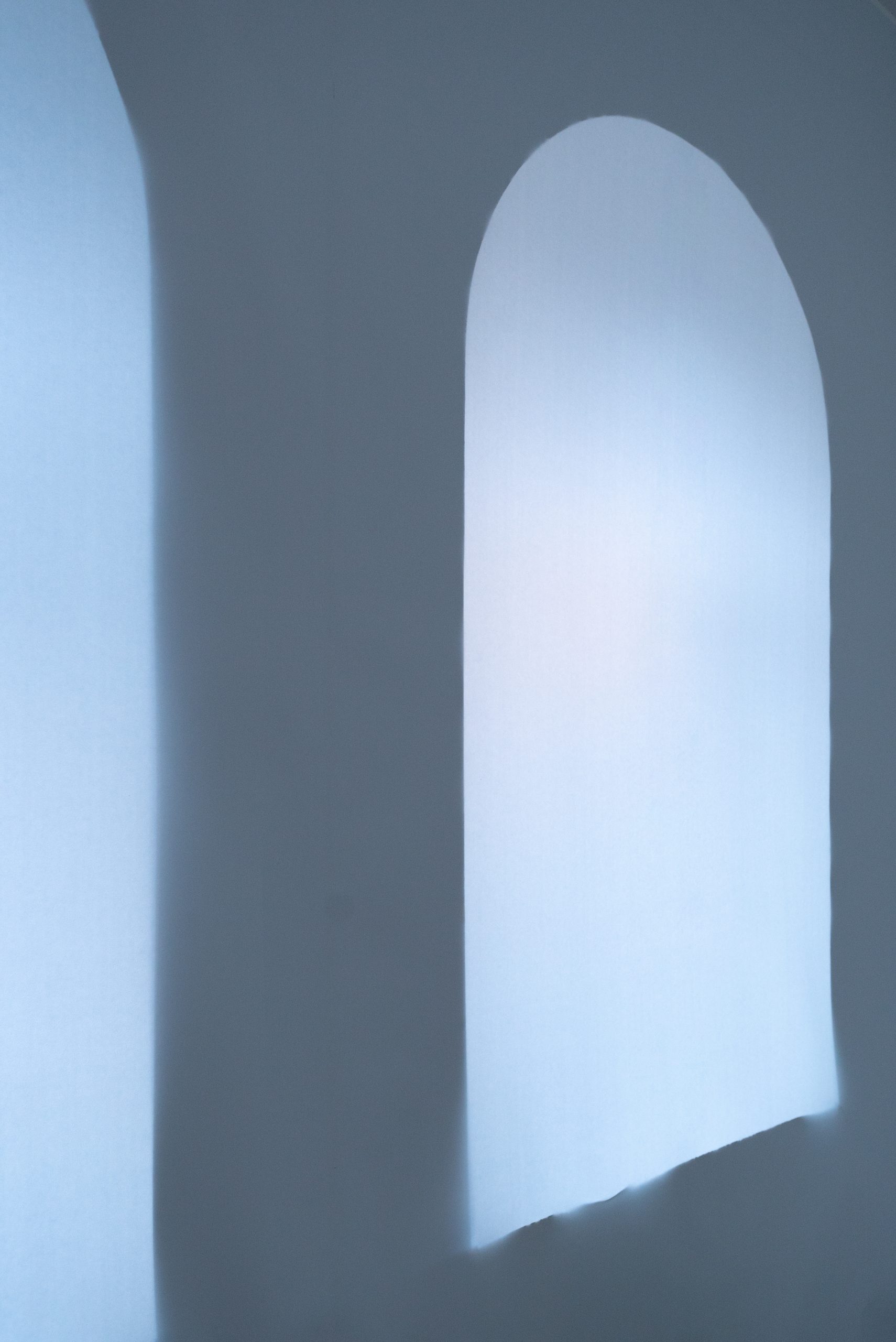 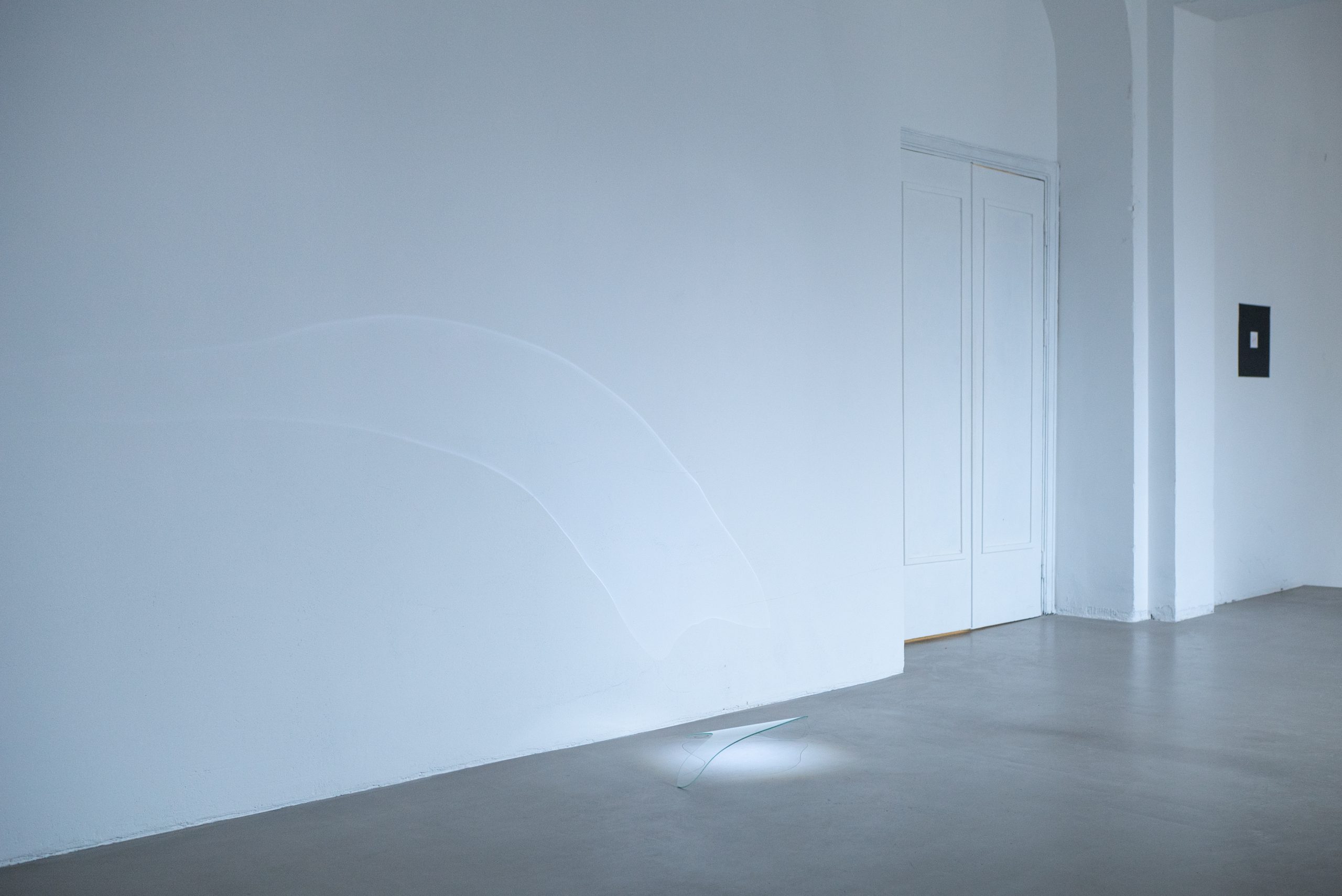 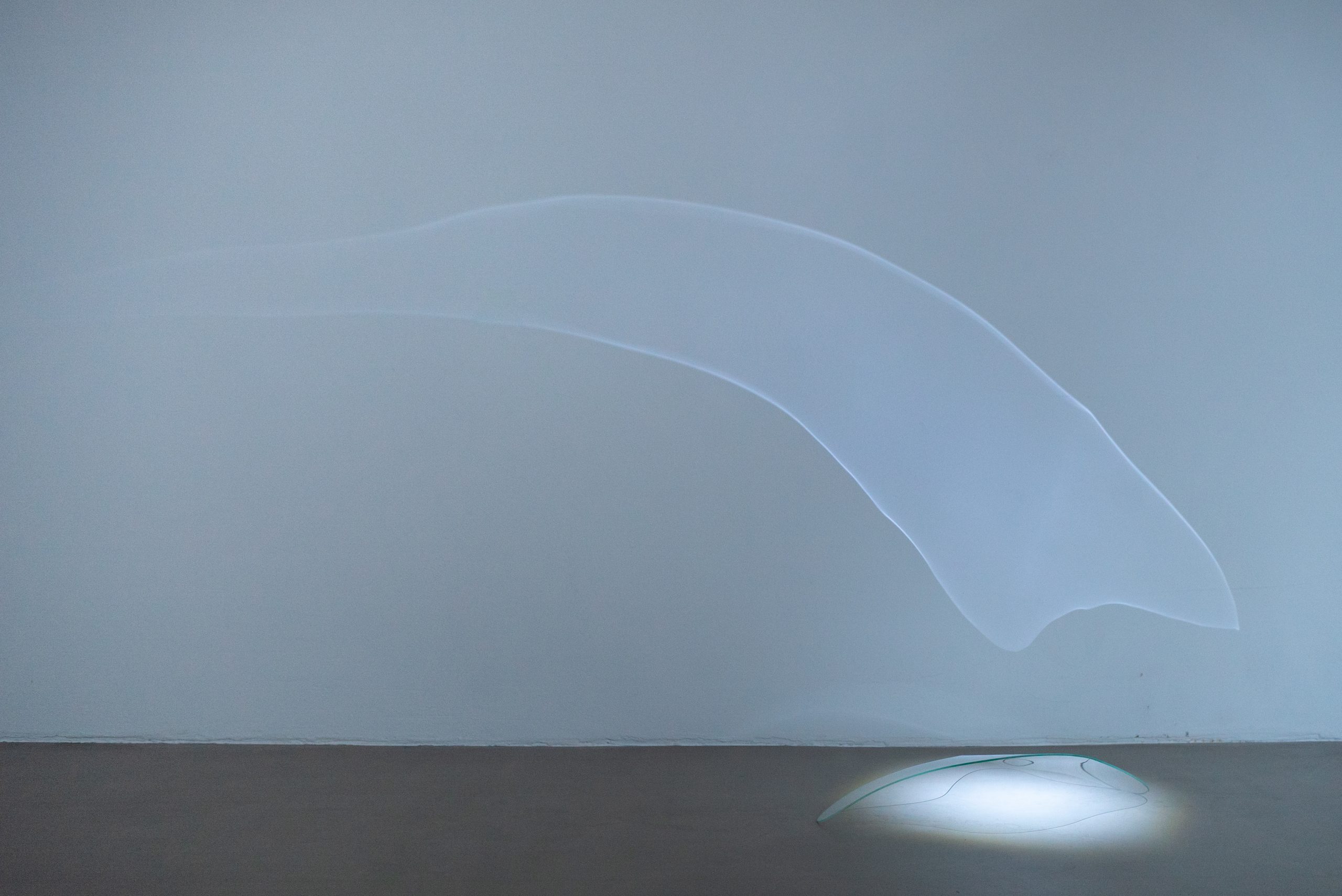 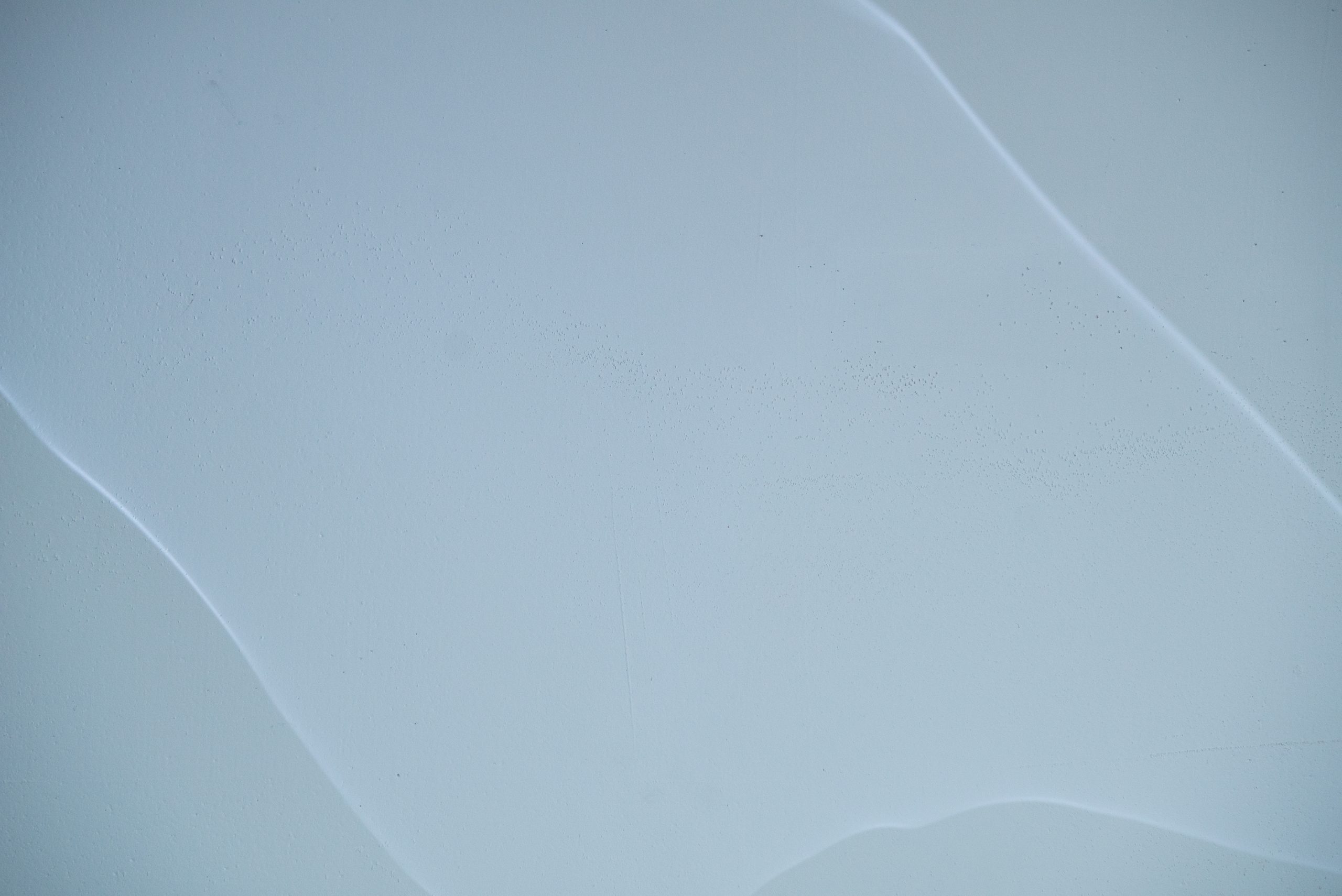 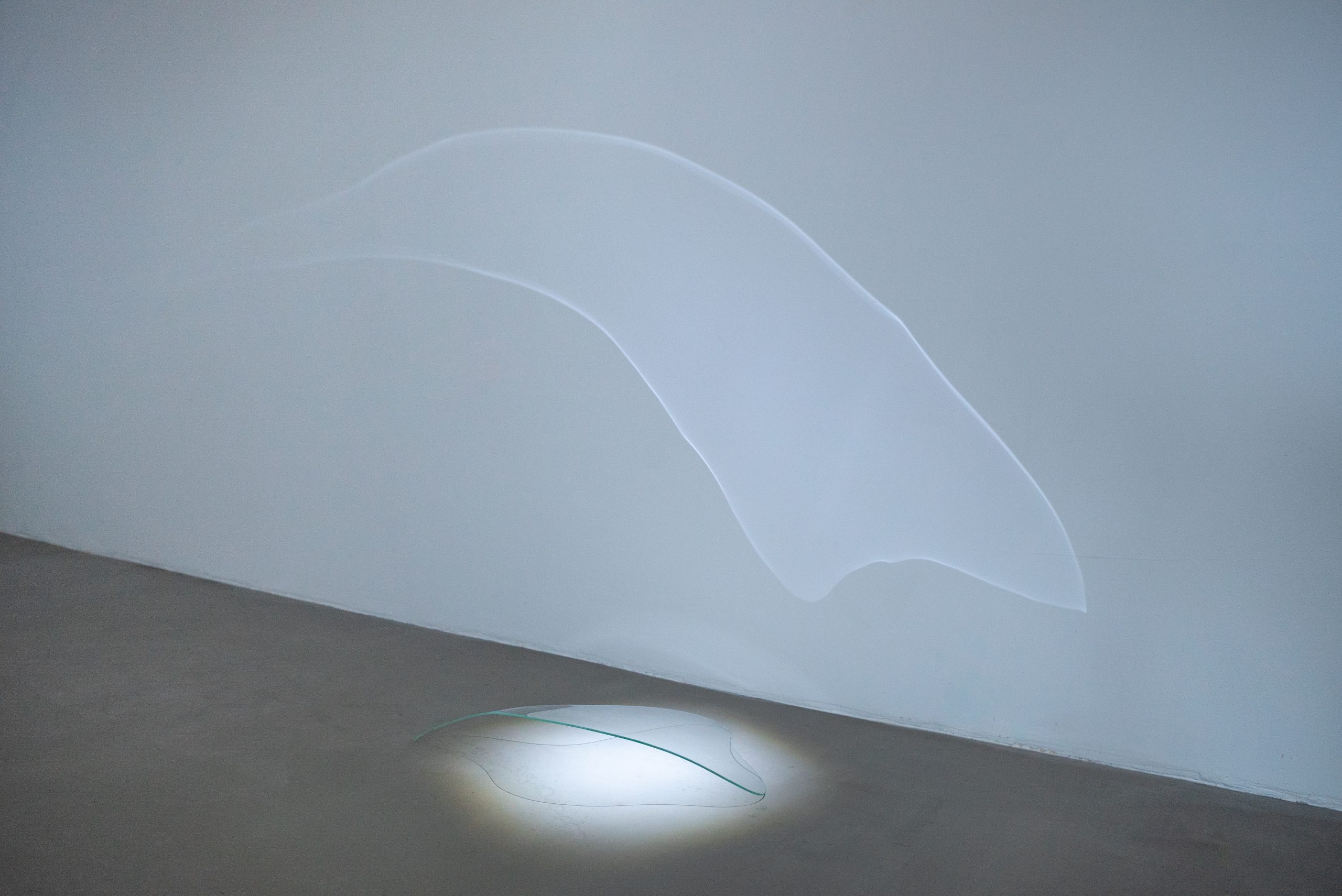 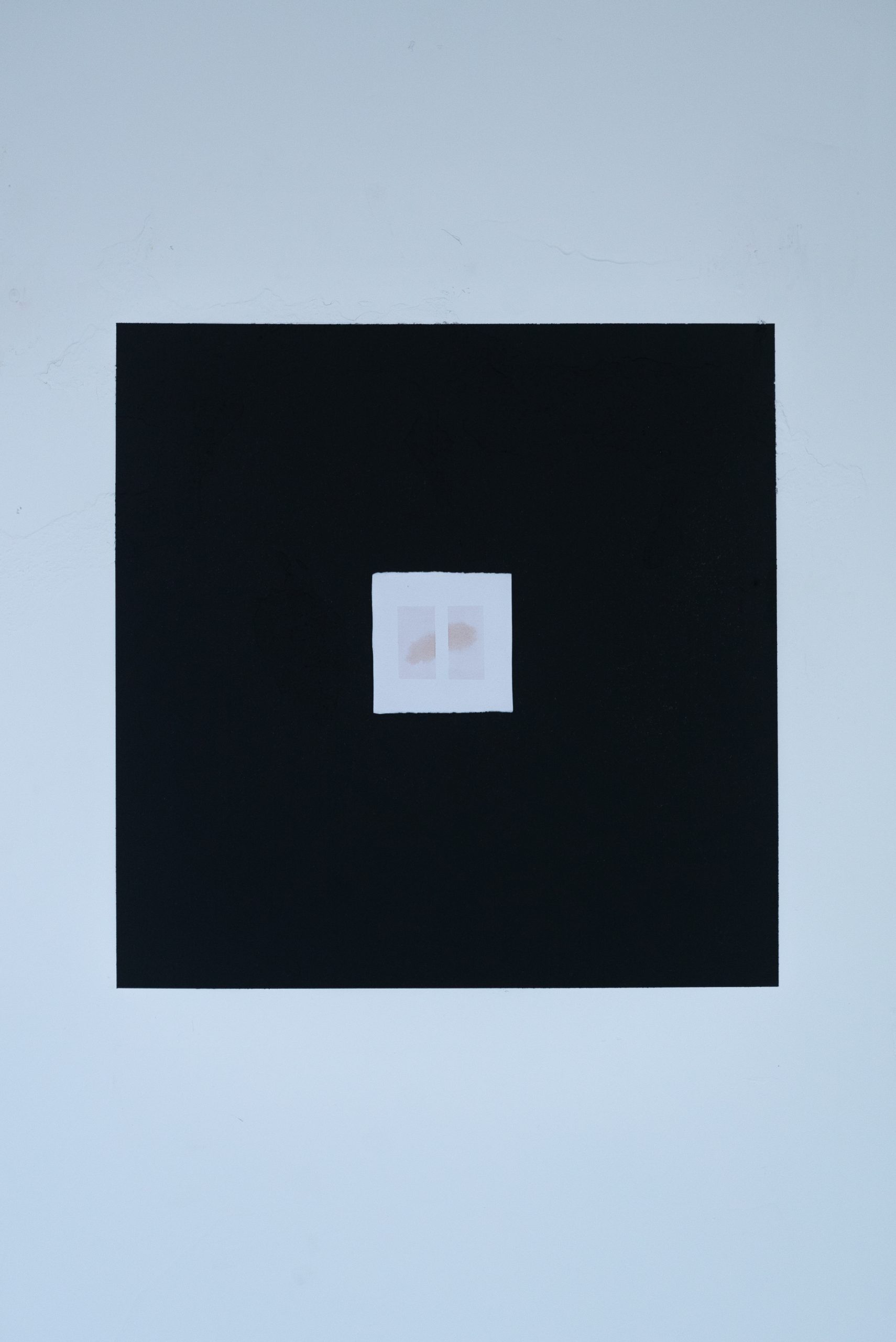 Probably the first challenge that a freshly-born contemporary art space has to face is trying to grasp the time in which it will thrive. After all, every exhibition, text or artwork exhibited here will inevitably become a commentary on what is “contemporary” in contemporary art.

The time of ‘Palydos’ is a special time: the globe is still being shaken by the shock of the pandemic, speculations about what the future will look like are as contradictory as ever, while what unites their diversity and scenarios is only a general consensus that the future is bound to be completely different from the past; for after what has happened, nothing can remain as before. And yet these speculations remain blind as long as they are believed to speak of something more than just the time we live in now – giving voice to expectations, desires and traumas rooted in modernity and disguising them with the promise that this time will take on a different face than the present.

So Swallow’s first exhibition marks this journey from one uncertainty to another. A journey in which the traveller becomes more concerned with the concern itself rather than the final destination, and the city surrounding the path becomes increasingly pregnant with stories and fictions. These, in turn, haven taken root in reality, become free to speak of it from the perspective of possibility, able to reveal its contradictions, and grasp its deep tensions invisible to the naked eye.

For this city is made up as much of parks and squares as it is of stories of constant retelling, gradually sinking into these urban places. Moving from mouth to mouth, these stories change this space, at the same time changing themselves, transcending the boundaries of an individual being. On the one hand, this relay of constant retelling is inseparable from a conservative approach to the past, the preservation of heritage and the attempt to make it more “present” by sticking memorial plaques on walls and seating marble gentlemen in stone armchairs on the squares. On the other hand, it gives a voice to what we might call folklore – a certain “people’s throat” that gargles the same syllables until it transforms them into something new. Paradoxically, this never-ending retelling shows us that this “people’s throat” contains a kind of negative aspect to memory – it is important to hear what is being said, but even more important to listen to what remains silenced.

Thus, the works presented in ‘Palydos’ seek to immerse in this peculiar “swamp of the city’s subconscious” and grasp these orderless life forces spontaneously forming the city: a curiosity permeated with dreams, desperation or laziness, outbursts of hidden lust, dreams and hallucinations, thoughtlessly broken promises, exceptions to behaviour that summarize rules, or just wordless mutual understanding.

The project is financed by Lithuanian Council for Culture

Reproduction of the picture used:
Stanislovas Bohušas-Sestšencevičius, „Children of Vilnius (Famine in Vilnius)“ / „Children in the Outskirts“. Oil on canvas. 210 x 205 cm, 1917. Courtesy of the Lithuanian National Museum of Art 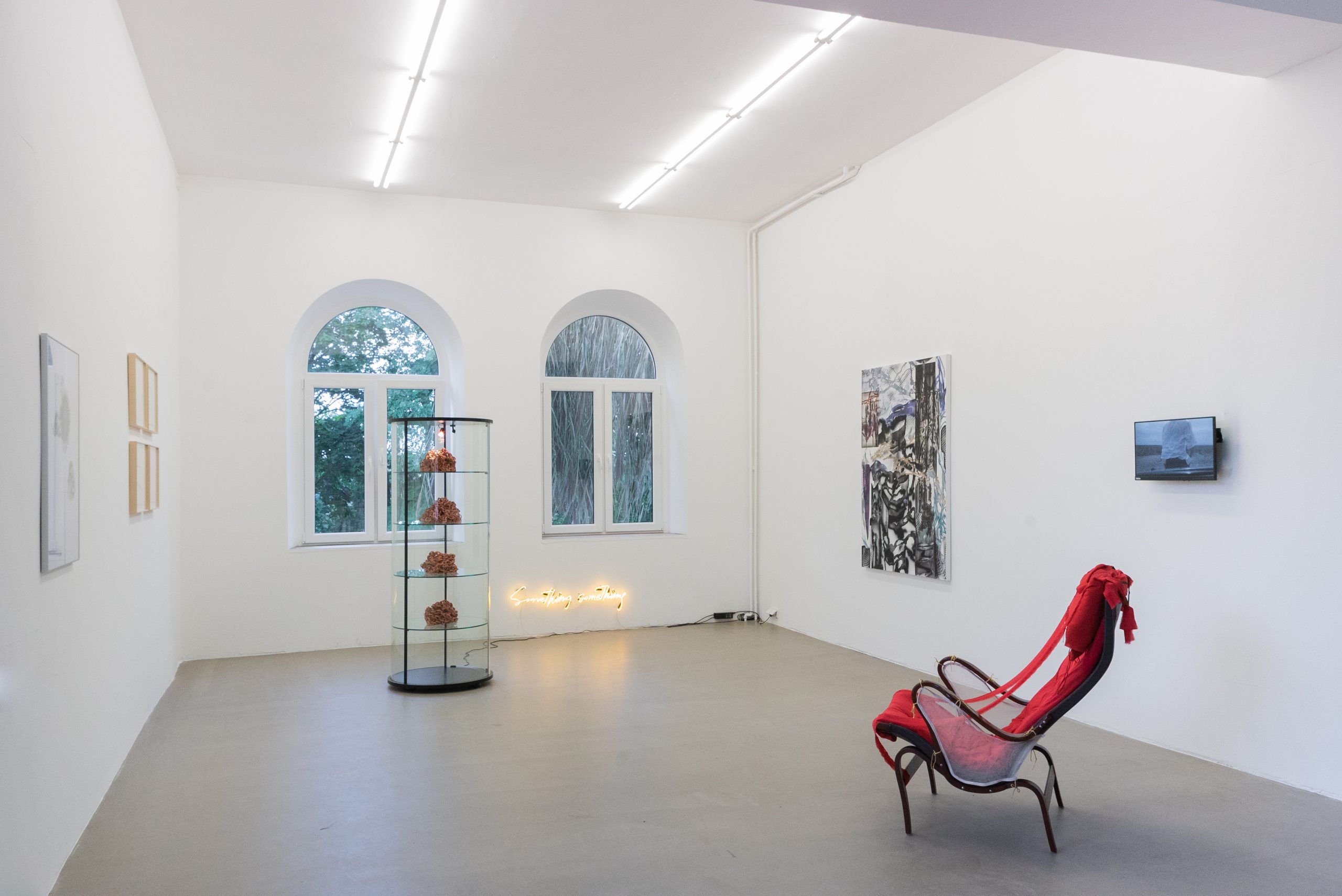