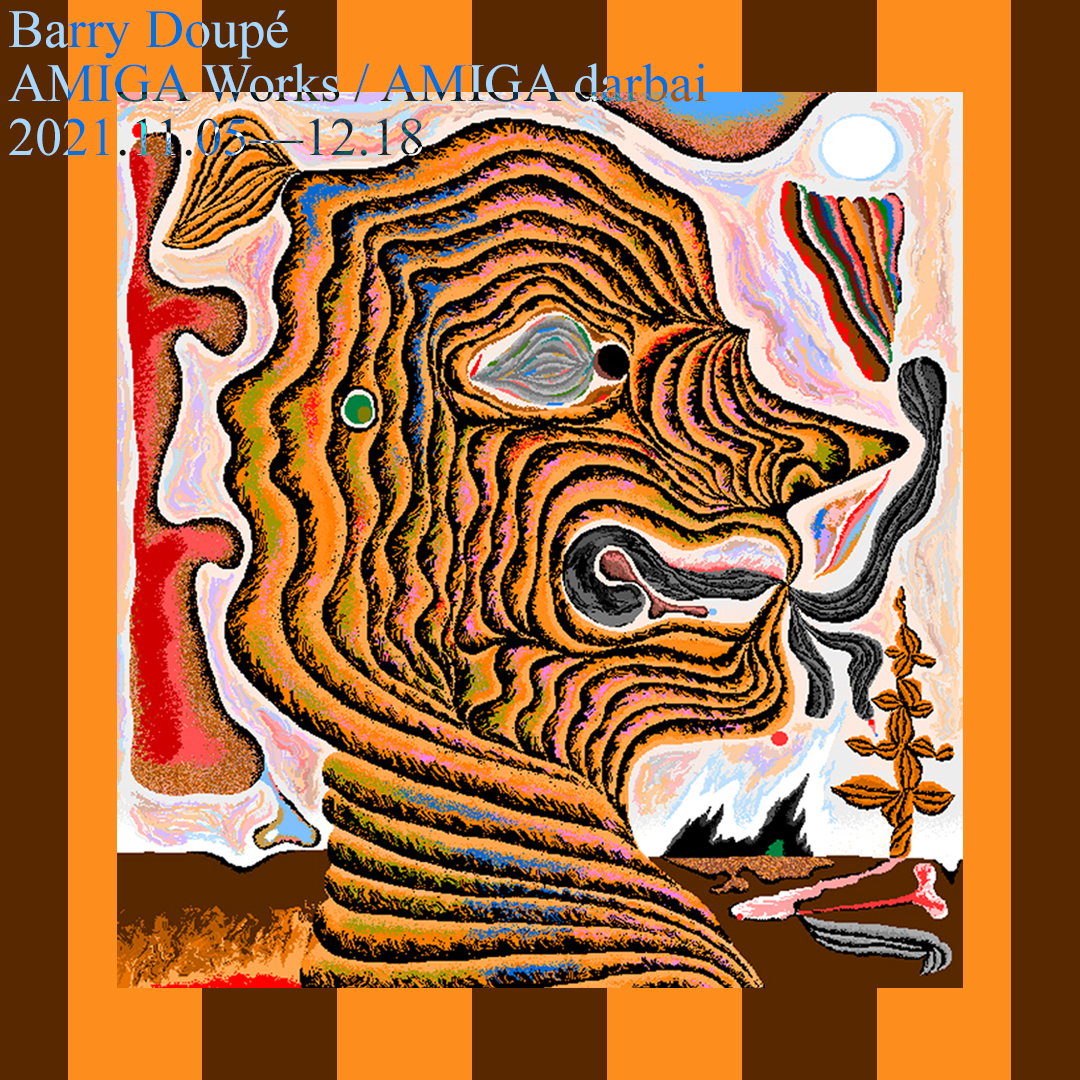 Both events are free of charge.

When the Commodore AMIGA was released in 1985, it was marketed as the world’s first multimedia multitasking personal computer. Using the gendered conventions of boyish programmers, the computer’s name (Spanish for “female friend”) gave an impression of “user-friendliness” and placed it alphabetically in front of its competitors Atari and Apple. To persuade early PC users who wanted a “creative edge”, the launch even featured a demonstration by Andy Warhol, who generated a live portrait of Debbie Harry on stage, and remarked that he liked how the pixelated images already looked like his own artwork. Due to its peculiar graphic and processing capabilities, the AMIGA became the go-to tool for animation, video editing, graphics, and video game design in the 80s and early 90s. Key to this popularity was Electronic Art’s bitmap graphic editing software Deluxe Paint, which was first developed as an in-house art development tool that gradually became the de facto image and animation editor for the platform. The program’s broad range of features and its novel interface design set a standard, and anticipated the influence and ubiquity of digital image making and animation today.

AMIGA Works features an unabridged presentation of Barry Doupé’s 100 AMIGA Paintings (2016), an extensive series of pictures made on the commodore AMIGA with the software Deluxe Paint V (the final version of the program). For many years, Doupé has used these tools from a bygone era to generate some of his idiosyncratic animations, which draw from the subconscious and are developed through writing exercises and automatic drawing. The artist began the ambitious, yet somehow manageable, task of making 100 paintings as a sort of casual respite during the laborious five-year production of his psychosexually charged animated film Distracted Blueberry (2019). The hundredfold static images on display at Swallow were produced as a sort of procedural game of meditative problem solving, an exercise in creativity with constraints.

By interrogating the technical quirks and bizarre accidents of the pixelated software as a language, Doupé explores its peculiar influence on the production of pictures. Each individual image has its own rules, addressing generic conventions from the history of painting using specific tools, features, or restrictions in the anachronistic program. Intuitive, playful, surreal, and unpretentious, every painting is its own unique and engaging puzzle that teases thematic tropes and explores specific formal principles such as figure/ground relations, mark making, gesture, repetition, perspective, tension, flatness, representation, compositional weight, landscape, materiality, texture, surface, color, portraiture, and so on. The resulting hecatontarchical hoard gives an overview of the basic categories of pictorial practice, demonstrating painting’s conventions and constant redefinition through an impressive inventory of eccentric flat images. As singularities, each painting articulates its own logic and demands, but as a multitude, a narrative emerges between control, automatism, and the painterly that confuses any assumptions about the sacred role of the artist’s hand and the impersonality of the machine.

This use of passé technologies and media invokes a nostalgic melancholia for a cultural techno-adolescence. Neither ironic nor fetishistic, the series functions as a sort of counterpoint to the ideology of high-definition realism in digital media today. Given painting’s status as a stand-in for art-as-such, the transformation of painterly gestures into code that outputs pixelated imagery suggests the annihilation of differences between mediums by the digital. Indeed, this poor resolution incorporation of the past (and all information generally) into the digital world recalls Deluxe Paint’s own iconic sample images of Botticelli’s Venus and the visage of King Tut. Doupé responds to the digital logic of quantification by exploring qualitative transformations. The conflict between hand and technology is perhaps most apparent in “hard edge” abstractions that upon closer inspection, divulge broken, fragmented, pixelated lines. By revealing and disfiguring qualities that are seen as “essential” or “inherent” to painting and digital graphics, painting is revealed not as specific liquid material applied to a surface, but as a procedure, a mode of thinking and doing.