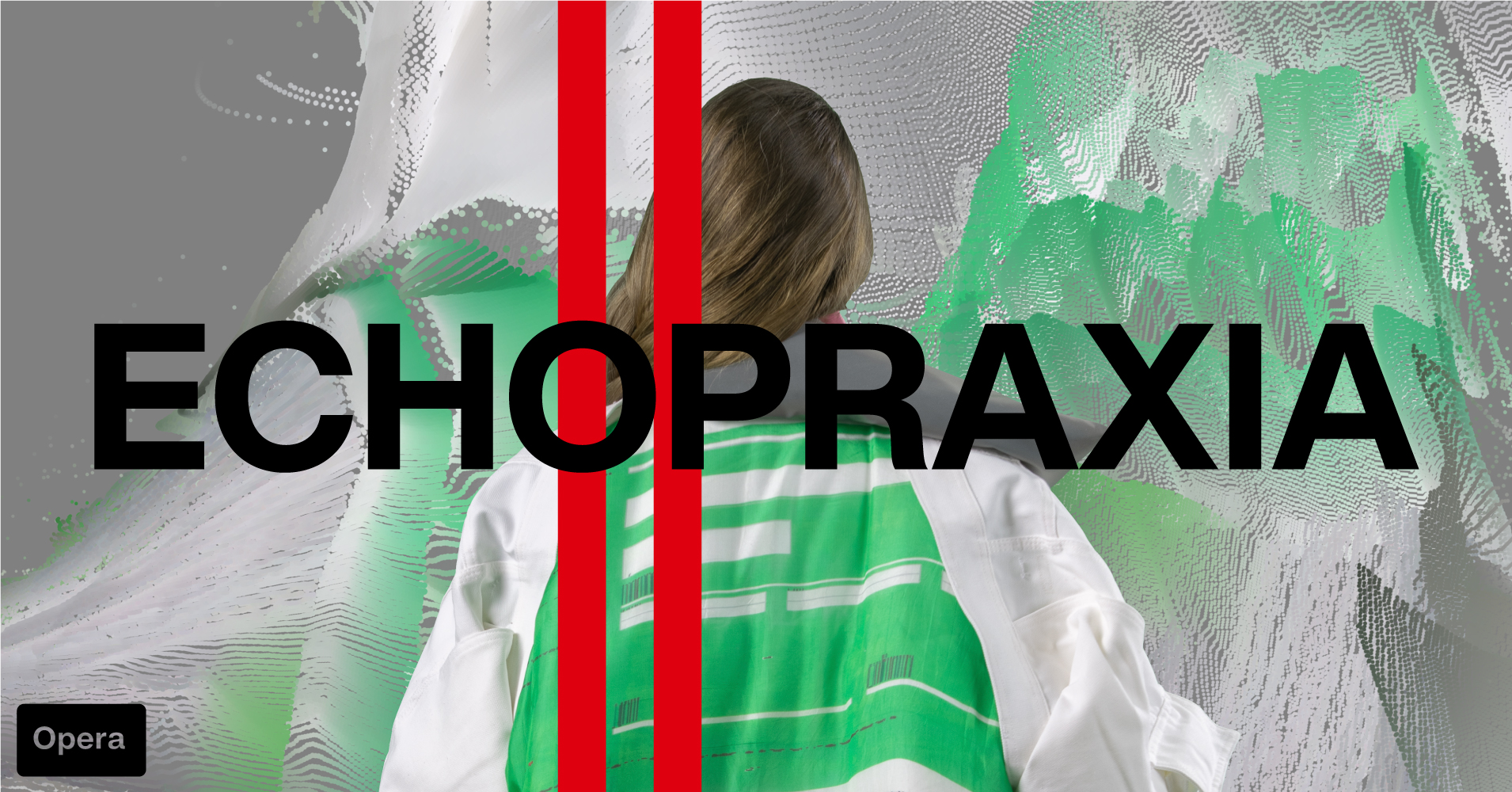 On 26th November gallery 1986 will host the premiere of ECHOPRAXIA – an opera produced by an international artist collective INФOPSIN and performed in Lithuania for the first time. A group of dancers, choreographers, opera soloists, artists for one evening will synthesize electronic music, dance, fashion, and contemporary art at the industrial spaces of gallery 1986.

Echopraxia in Greek etymology is an involuntary urge to imitate the movements of other persons. Beginning with simple gestures, rhythms and voice, this unintentional mimicry becomes a reoccurring, yet perpetually evolving leitmotif of the piece. Gradually developing into a pulsating and complex manifold of music, choreography, and image, it eventually fills, outgrows, and pours outside the space of gallery 1986.

Amid this swelling and surging action, the opera’s plot is gradually unraveled: at first similar and hardly distinguishable, the characters grow more individual and memorable. Through words, dances, and songs the actors narrate their hopes and anxieties while trying to imagine a future against a backdrop of an ever repetitive present. Reality is always already fantastic, yet is there still space for fantasy?

Thus, in the opera, the motif of ‘echopraxia’ unfolds as a metaphor. It expresses not only that the world is continually molding us, but also that we ourselves reciprocally form the world. Technologies, ideas, and habits leave marks on our bodies, ruptures in our movements, patterns in our thoughts. Imperceptibly, did not our economy become a biological, rather than a social category? Is exchange not our sixth sense, dominating the remaining five? The perpetual metabolism of materials, content, and value gave nature a human face. Do we recognize it? Did we arrive where we wanted? Do we know where further to go?

After the performance at 11 pm, the night will continue into the morning with dances and music by DJs Local Girls, Simas Boo and Tadas Quazar.

Artist collective INФOPSIN began in 2019 in Oslo with the idea of the collective as the basic unit of production. It consists of five artists – Ragnhild Aamås (NO), Lesia Vasilchenko (UA), Istvan Virag (HU), Ayatgali Tuleubek (KZ), and Ignas Krunglevičius (LT).

Opera is organised by a project space Swallow, and artist day care center Autarkia.
Partners – gallery 1986 and Oslo Kunsthalle.
The premiere in Lithuania is financed by the Lithuanian Council for Culture. The project is also endorsed by the Arts Council Norway and Norwegian Visual Artists Fund.
Design by } Vytautas Volbekas
}}}
Evening part – N19.
GP and a mask is needed for entry.
Tickets will also be available at the door.
The event will be filmed and the material might be used in the future.